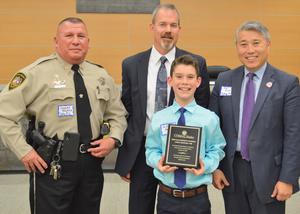 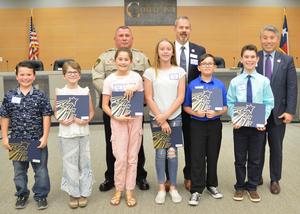 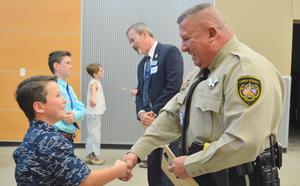 For the sixth year in a row, Comal ISD had tough competition for the annual Comal Shake Championship. This year, a fifth grade student from Mountain Valley Elementary took the coveted title for his outstanding interpersonal skills. Congratulations!

Each year, Comal ISD elementary campuses host a campus-wide competition at the beginning of the school year to select two representatives to compete in the Semifinals. The top six out of 32 students move on from the Semifinals to the Comal Shake Champions.

Six students competed Wednesday at the District’s headquarters for the championship title. Representing their schools, the fourth and fifth grade competitors were given two minutes with each of three judges to show off their interpersonal skills.